In this modern day world electric vehicles are quickly becoming the “in thing”. They are not only more eco-friendly but also offer a better mileage per gallon than vehicles which run on gas, making them a smart investment for buyers. While thinking about electric vehicles often conjures up images of the Toyota Prius and Honda Insight, scooter manufacturers are also beginning to hop on the electric gravy train and we suspect that the craze will only grow in the coming years.

At present there are two main manufacturers making these types of scooter available on a worldwide basis, which we will cover below. 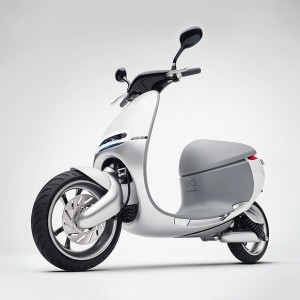 This smart piece of kit provides unbelievable comfort and speed for its size, while offering a huge selection of accessories.

Gogoro currently offers three different models of Smartscooter, these being the Gogoro Lite, standard Gogoro and Gogoro Plus. All of these variants have a top speed of 95 kp/h (60 mp/h) with a wide range of hidden features, such as the multiple gravity and shock sensors, light sensors and NFC + BTLE 4.0 with 256 bit encryption security. The scooter runs on swappable Panasonic lithium batteries.

The Smartscooter is currently the most up to date, globally accessible electric moped on the market, and has a retail value of $4,100 (Gogoro Standard). Despite this, many more electric mopeds are due to arrive over the coming decade which includes the new updated German E-Maxs, a brand which has established itself in the electric scooter world. 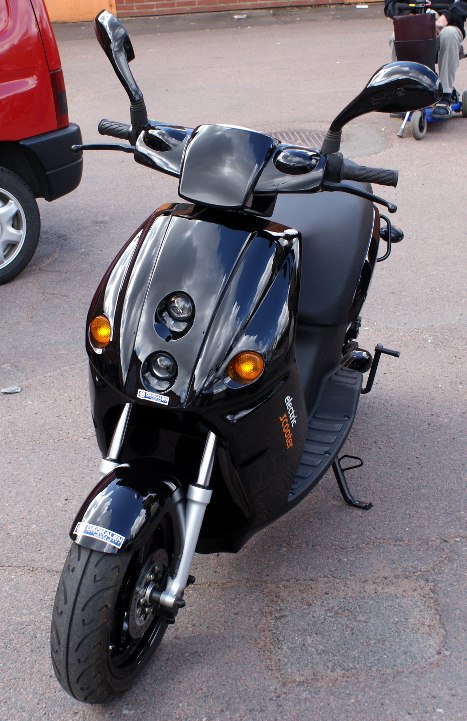 The E-Max has been around for a number of years now and has proven a worthy contender in Europe. The scooter, which has only recently been made available to US customers, has a suggested price of $2000, while the sports edition is listed at around $2500.

The E-Max in the past has been regarded as a slow moped due to relatively low top speeds of 50 kp/h (31 mp/h), but we believe this is adequate enough for the average commuter or local traveler. It’s important to note that the battery, which uses silicone elements rather than the standard lithium outputs, can also be fully charged in just 2 hours!

Please note: We have received a few reports advising us that the early E-Max models had a number of electrical problems. However, the issue is now believed to have been resolved with the newer releases. For that reason we recommend purchasing models from 2010 onwards.

To Sum It Up

There are many benefits to owning either one of these electric mopeds. Firstly, while they may be slightly slower than most gas mopeds, they are certain to deliver an awesome ride. Secondly, they don’t require gas to run which helps to keep running costs down! Finally, aside from being ultimately silent and light (easy to carry around), they are just plain cool.

To conclude, it’s difficult to choose a winner between these two mopeds. This is due to the fact that Gogoro is still in beta testing, while the E-Max has had a lot of time to prove itself across the world and has received mostly positive reviews. The decision is yours to make, depending on what budget, features and look appeals to you the most – but we guarantee you’ll be pleased with whichever choice you make!